Despite the severe cold and snow fall, nearly 10,000 people attended the UN Anti-Racism Demo to protest against the racial and religious discrimination and also to support refugees and migrants rights. This demo was happening all over UK and Europe. In London, massive crowd gathered at the Portland place to voice against Islamophobia, sexism and xenophobia.

Refugee rights played an important role in mobilising refugees across London. Among them one refugee fettered himself to symbolise how these refugees are treated by the far-right governments.  The voices were given against privatisation and cuts as well. They also chanted innovative slogans such as ‘low pay no more, refugees cannot wait’, and ‘say it loud, say it clear refugees are fighting here’ etc.  Refugee rights had placards demanding right to work for all the refugees, stop deportation of refugees,  to close all the detention centres, free NHS for all and  £10 per hour for all.

The demo had started from Portland place to the around 12 pm and the crowd reached the Downing Street by 3pm. Hundreds of pedestrians stopped on their way to give attention to this mass demo. By the time they reached Downing Street police had barricades to stop people from entering the prime minister office. To be mentioned that, though the demo was to fight for the rights of refugees, the refugees were not given a stage to make their opinions. 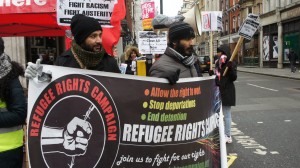 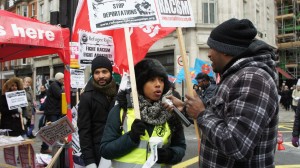 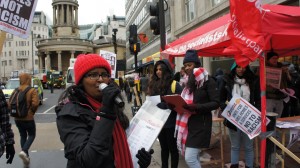 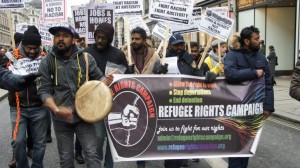 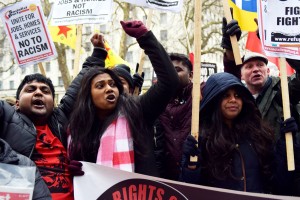 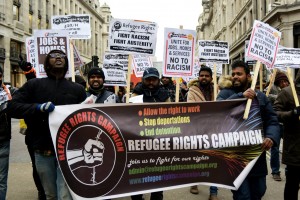 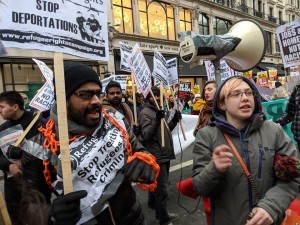 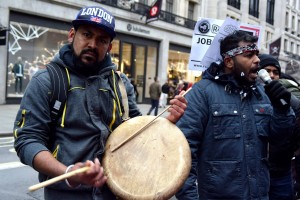 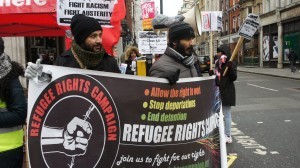 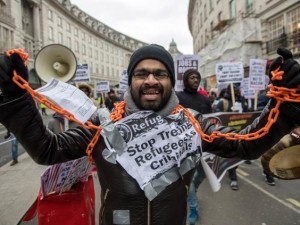 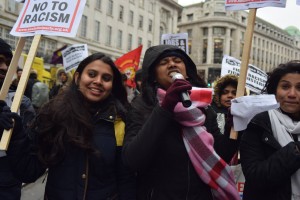 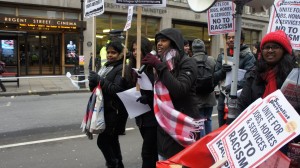 Fighting for rights on May Day