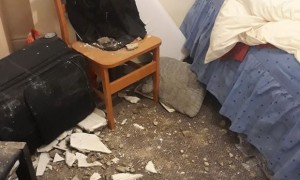 Asylum seekers arriving in the UK are forced to live in “squalid, unsafe, slum housing conditions” and the public is largely unaware of the conditions into which “traumatised people are routinely dumped”, charities have said.

The £600m government contract to provide shelter for those seeking sanctuary in the UK goes up for tender next month as calls mount for for urgent reforms.

Testimonies from asylum seekers and frontline workers detail accommodation that is infested with vermin, insecure, damp and dirty. One woman in Greater Manchester described how she was forced to stay in the same house even after her newborn baby was covered with bites from bed bugs.

Another asylum seeker in Greater Manchester told of a sink pedestal that crashed though the ceiling into the area where she was living with her three children. Another in Merseyside shared images of her bedroom after the ceiling had collapsed for the second time in six months.

Charities also told the Guardian that women who had been trafficked had been put in housing with internal and external doors that did not lock securely. “You’re talking about people who have potentially been raped, sexually assaulted, tortured, not being able to lock their front door,” said Christina Bodenes from MRANG, a Merseyside charity that provides support to women their children seeking asylum. “It’s just a completely unacceptable situation.”

Responsibility for housing people seeking asylum in the UK was taken away from local authorities in 2012 and given to the companies Serco, G4S and Clearsprings, through contracts known as Compass.

The vast majority of asylum seekers are housed by G4S and Serco in the poorest parts of the country where housing is comparatively cheap. G4S holds Compass contracts for the north-east, Yorkshire and the Humber, the Midlands and the east of England, where 45% of the UK’s asylum seekers live. 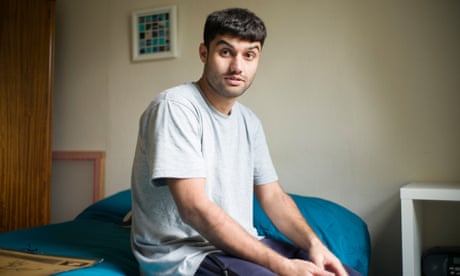 Asylum seeker thanks judges after return to UK from illegal deportation

Serco holds contracts for Scotland, Northern Ireland and the north-west, where just over a third of the asylum seekers live. Clearsprings had contracts for Wales, the south-west, and London and the south-east.

Maurice Wren, the chief executive of the Refugee Council, said: “All too often, people seeking asylum in the UK are forced to live in squalid, unsafe, slum housing conditions, at exorbitant cost to the public purse.

“Though the general public is largely unaware of the appalling conditions into which traumatised people are routinely dumped, ministers and officials are not, yet this scandal continues unchecked. The time has come to end this shameful practice and allow people seeking asylum to live in dignity.”

David Simmonds, the chair of the Local Government Association’s asylum, refugee and migration taskforce, said councils regularly complained that they had little power to tackle the “generally unacceptable” standard of accommodation for asylum seekers in their areas, because the private contractors’ contracts are with the Home Office.

“The accommodation will always be at the lowest end of the market, because to win the contract the providers bid at the lowest possible price,” he said. “But vermin infestations and damp are things that would stop a local authority from considering that accommodation for placing UK homeless families. That same minimum standard should apply consistently.”

Graham O’Neill of the Scottish Refugee Council said asylum-seeker housing was a vital public service, “housing for a group of people who really need the stability and the privacy that a safe home and a safe space can bring”. It is “publicly funded and yet local authorities and devolved governments have no ability to hold these providers to account”, he said.

Rochdale: where every 200th person is an asylum seeker

The north-west town has a higher concentration of asylum seekers than anywhere in England. Locals have been both generous and furious
Read more

Asylum seekers do not have permission to work while awaiting a decision on their claim. Under the Immigration and Asylum Act 1999 they are able to apply for accommodation and financial help from the Home Office if they have no other means of supporting themselves.

Armed conflict and political instability in the Middle East and Africa have caused the number of people housed under the act to jump sharply during the life of the Compass contracts, from about 25,000 to 40,000 at the end of last year.

MPs on the home affairs select committee heard evidence last year that G4S and Serco were losing money on the Compass contracts, in part because of the increase in the number of asylum seekers and the rising cost of rents. Serco’s average monthly income per service user was about £300 in February 2016, compared with an average cost of around £450.

The committee published a report in January that said the government should act immediately to improve conditions. Ten months later, charities say there has been little improvement and the government is yet to respond to the findings.

It has said the previous month that the current Compass contracts would be extended for two years until August 2019. Contracts to provide asylum seeker accommodation from September 2019 until 2024 will be put out to tender in November.

A Home Office spokesperson said the ministry worked closely with contractors to ensure they provided accommodation that was “safe, habitable, fit for purpose and adequately equipped”, and that it investigated all complaints relating to sub-standard accommodation.

John Whitwam, G4S’s head of immigration and borders, said the standard of accommodation provided to asylum seekers was “subject to prescriptive criteria”, and that any failure to meet those criteria would result in a contract penalty.

“Since November 2013, we have not been subject to any performance penalties on the basis that we rectify many tens of thousands of defects each year to meet the required standard,” he said. “We continue to invest in our provision, despite heavy commercial losses.”

Scott Ross, Serco’s operations director, said the company was committed to ensuring they provided “decent and safe accommodation” for the 16,000 asylum seekers in its care, and that they met all of their contractual obligations.

“We are absolutely confident that the asylum seekers we look after are in housing of a decent standard, and where repairs are required to the 5,000 properties that we manage, these are completed in accordance with the strict timescales of our contract with the Home Office,” he said.

‘This house is awful’

When Maria – not her real name – fled her home in South America because she faced imprisonment without trial for protesting against the government, she was pregnant and homeless. Now her daughter is eight and they have been living in her current home for five years, but the property is still is barely habitable.

Maria says the accommodation in Leeds has got worse since G4S took over the contract. Her house is so riddled with mice that she and her daughter are forced to sleep with the lights on to stop them coming into their bedrooms.

“It’s not just the quality of the house I’m in, but the service has got worse,” she says. “I’m excited to move out of this house, but I already feel so sorry for the next family they are going to bring here. This house is awful.”

Another asylum seeker living in Greater Manchester said she was scared for the safety of her children, all under ten, after a sink pedestal fell through the ceiling of her living room in mid-July. “My daughter and son played in the same place [where the pedestal fell]. I was really scared,” she said. “When I go to sleep I think what could have happened.”