More than 250,000 Syrians have lost their lives in the brutal armed conflict of more than four-and-a-half years.

Refugee Rights Campaign organised a protest outside 10 Dawning Street on 20th March against the bombing of Syria. We had a protest on the 15th year anniversary of the Iraq war.  15 years ago , there was a huge movement against the war in Iraq.

The protest was attended by other campaigners and supporters. In the protest we had demands such as ‘We want money spend on Education not war, Money for healthcare – Not bombs’, and ‘We want homes for everyone – Not make more people leave their homes’.

There was also some Kurdish people protesting there and joined in our protest. They agreed with the demands of Refugee Rights and agreed to work with us. We all chanted together ground-breaking slogans such as ‘They want warfare – We want Welfare’, ‘Theresa May – Blood on your hand’ and ‘Say Hey Say Ho – Warmongers have got to go’.

The protest started at 5 o’clock evening and finished at 7. We had an open Microphone and people make speeches.

We are now in a period of huge refugee crisis ever. There are 65.6 million people that were forced to move and are displaced. Amongst them are 22.5 million refugees.

Nobody is born as a refugee – they are created by war, poverty and repressive regimes.

Let’s fight together to win our rights! 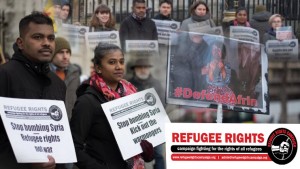 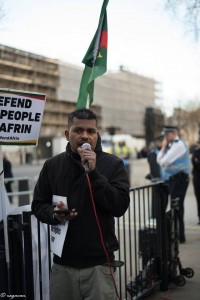 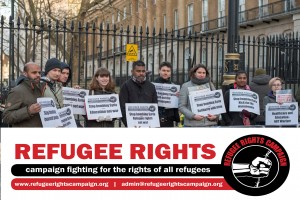 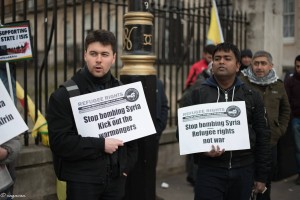 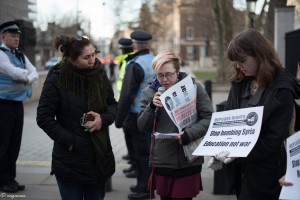 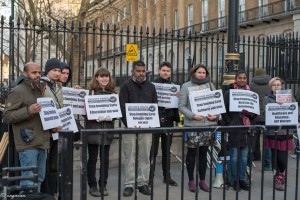 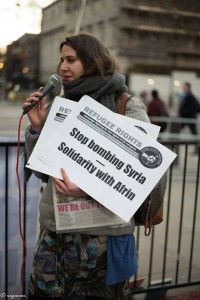 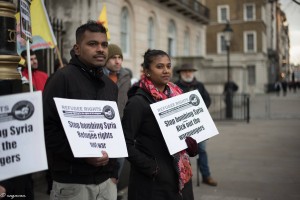 No Evictions of Refugees in Scotland (Glasgow)