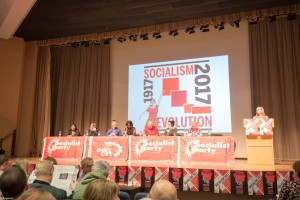 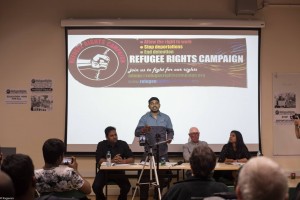 Refugee Rights have successfully organised their biggest meeting on the 11th November as part of Socialism 2017 – a weekend full of discussion in which over 1,000 trade unionists, workers, students, activist and campaigners have taken part.

The discussion organised by Tamil Solidarity and Refugee Rights, titled “Trade Union Forum: Fight for the Refugee Rights” was attended by over 100 people, vast majority of them were refugees themselves.

Linking refugee rights with the workers movement in Britain was the main aim of the discussion. Several were able to take part, ask question and offer their solidarity and support.

Dhanu, a young activist in Tamil Solidarity and a refugee right activist, chaired the meeting. He kicked started the meeting by mentioning that Refugees are some of the most oppressed in our society. They are denied some of the basic rights such as the right to work or study.

He was followed by Mathan, Refugee Right committee, who highlighted that the current refugee crisis across the world is as a result of the foreign policies of government in the interest of big business and establishments. He then mentioned the difficult conditions that refugees living in Britain are forced to live in. Refugees are encouraged to work for £1/h while denied the right to work outude – this makes then vulnerable to getting exploited by companies.

This is one of the reasons why the refugee rights campaign is so important. It’s organised and run by refugees themselves with demands to change the conditions they are in.

Roger Bannister, a trade unionist and a former UNISON NEC for over 20 years, was the next speaker. He gave a detailed introduction of the role trade unionist played in fighting against racism and for the rights of the migrant workers. He also highlighted the importance of the rank and file in the trade union movement and how united struggles of all workers can cut across the divisive propaganda of the big bosses.

The next speaker SathyaRajan, an activist in refugee rights, made an appeal for anyone to get involved in the campaign. She mentioned the action plan for the year ahead, especially on linking up the struggle – to contact trade union branches and to participate in the trade union conferences.

To also organise protest together – for example Serco, the private company that owns the detention centres is also the same company that is oppressing domestic hospital workers at the Bart’s Trust Hospital.

Refugee Rights at this meeting launched an important campaign – for the right to work of all asylum seekers. The motion to support this demand was given out at the rally of over 1,000 people. Please see below the video of rally and for pictures. You can also get a copy of the motion here 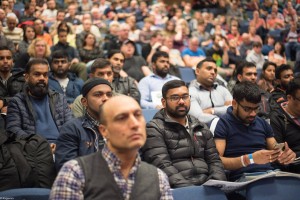 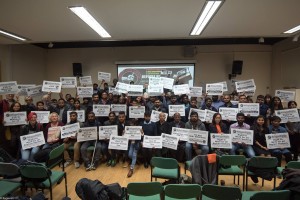 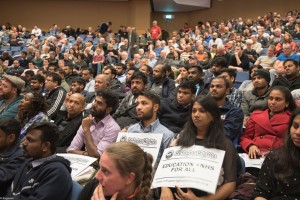 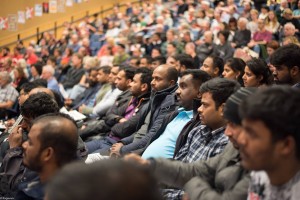 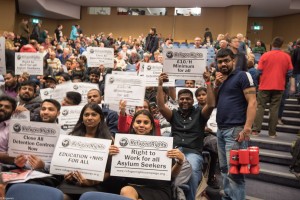 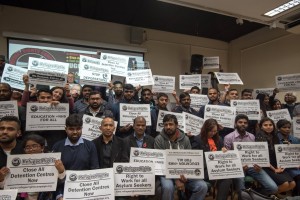 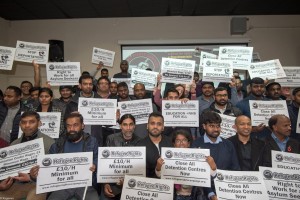