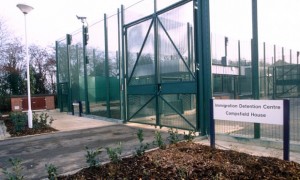 The Home Office has paid a handful of private contractors hundreds of millions of pounds to run the UK’s immigration removal centres, but no one knows for certain just how profitable the industry is.

One of the 10 UK facilities is run by Her Majesty’s Prison and Probation Service, but the rest are contracted out to outsourcing firms G4S, Mitie, Sercoand the US-owned GEO Group.

Commercial confidentiality agreements mean the Home Office and outsourcing companies are not obliged to publish detailed financial information about immigration detention centres in the UK.

But figures released under freedom of information laws and published on the government’s Contracts Finder website show the value of some contracts when they were awarded.

Earlier this year, Mitie won what is believed to be the largest immigration detention contract ever awarded, valued at more than £500m. The contract will cover a range of services and it is not known how much of this is for management of removal centres.

The profitability of detention facilities has proved to be a contentious issue for the contractors.

A Guardian investigation last year pointed to a 20.7% profit margin at the G4S-owned Brook House in 2016, while at Tinsley House the margin was 41.5%.

Both figures appeared to be above the agreed margin set out in the contracts. The G4S executive, Peter Neden, refused to divulge the true margin to a parliamentary committee after the allegations emerged.

GEO Group, which operates Dungavel House, Scotland’s only detention centre, may be making up to 30% profits on its contract, according to an analysis by Corporate Watch.

There are 10 immigration removal centres in the UK, housing roughly 2-3,000 people at any one time

Fewer than 50 percent of the people in the removal centres will actually be deported. It costs about £86 per day to house them